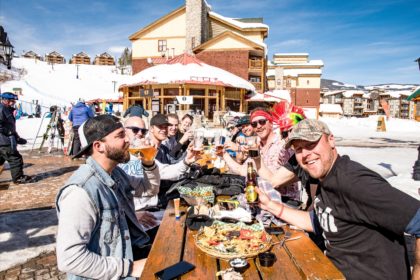 Now that we have your attention, it’s time to give you the downlow about Kimberley.  Don’t worry if you don’t understand our millennial slang, we’ll explain it all in due time.

No matter how much time you’ve spent in this unique place (there’s just something special about a town with only one set of street lights), we can almost guarantee you still don’t know all the Kimberley experiences there are to be had.  We don’t blame you, TBH there’s so much going on in this awesome, but unassuming town it’s hard to keep up with it all.

All the feels – friendly, modest charm

What do people think of when they think of Canadians (besides hockey), they think of the word friendly.  Canadians are known around the world for being a friendly bunch and Kimberley is one of the absolute best examples of this.  At Kimberley, locals and repeat visitors are super passionate about what an amazing place this is, but they aren’t going to be extra about it.  If you ask, we’re happy to let you in on our secrets, but if you don’t ask, we’re happy to let you figure it out on your own too.
Get your Canadian on – go to a Dynamiters Hockey game while in town, skate at the skating rink at Trickle Creek Lodge, Snowmobile – tours are run out of nearby Cranbrook.

Kimberley is not quite your average ski town – in some ways it is, however in many ways it’s one and only of its kind in Canada.  With its distinct European vibe, you’ll feel like you’ve travelled further than you probably have.
Do something different, Kimberley styles – Check out the Ullr Dag fest, an annual ski burning ceremony as an offering to the norse god of snow.  Visit the Cuckoo Clock in the Platzl (give it some coin and it will even yodel for you) or attend one of their newer festivals – the Medieval Festival (annually in July).

For a smaller town, there is a ton of lit AF places to eat and drink.  First of all, Kimberley has its very own brewery – Overtime Beer works, a 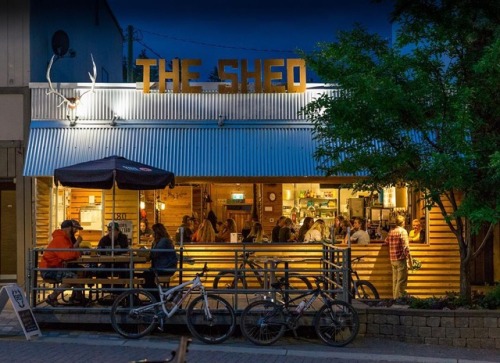 craft beer lovers dream!  Other Kimberley dining gems include The Shed, Pedal and Tap, Sullivan Pub and Buckhorn & Main Mountain Eatery.  Of course, there are all the usual comforts as well like – Stonefire Pizza, Kimberly City Bakery, Britner’s Fish & Chips, Burrito Grill (and more).
Get turnt – at free après live music at Stemwinder – weekly, The Shed in the Platzl, Overtime Beerworks (just beside the Platzl) and Friday night College nights at the ski resort.

A lesser known fact about Kimberley is that it’s actually super convenient to get to.  The Canadian Rockies International Airport (YXC) is located under a half hour away from the resort and has major carriers flying in, like WestJet.  Many hotels also offer shuttles to pick you up, like Trickle Creek Lodge, Kimberley Alpine Resort’s top Ski in/Ski Out property.
Vacation Goals – Fly & ski all in one day.  This can be done at Kimberley since the airport is so close or if you miss day skiing, we have night skiing as well!

In the ski resort world, there seems to only two extreme sides to the spectrum – super crowded, or deserted.  Well Kimberley has somehow mastered being blissfully in between.  While there are a healthy number of visitors to the town at any given time, if you’re skiing there’s a good possibility, you’ll hit a run or two and not see another soul and there’s a great possibility you won’t stand in a single lift line up. 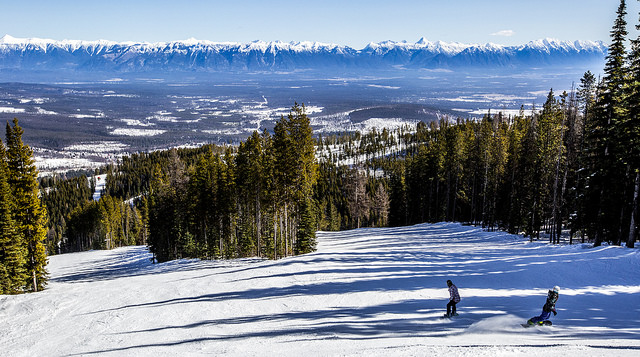 Pro tip – Check out Dorval.  Dorval is a forever favourite run of our staff as most people ride right on by it!  Our theory is everyone is too busy making their way to the Easter chair to notice this spot and pass it by, but next time we suggest you try it out!  To get to Dorval, ski right of the intersection to Dean’s Right and Ridgeway, some of the best attributes of Dorval are – it’s one of the steepest runs on the hill and is only groomed once a week.  One of the rarest experiences you’ll have on this run is actually seeing another soul riding near you and if you do, there’s a safe bet they work at the resort or grew up skiing there.

Even better than Netflix and Chill? Romantic getaway seems to imply hanging out in your hotel room, going out for nice meals, spending quality time with your SO – and all of these are things you can do in Kimberley.  But we’re upping the romance game by offering you fun experiences with your bae too.
Couple Goals – try out twilight snowshoe tour at the top of the mountain, topped off by chocolate fondue in the Kootenay Haus.  Or go on a Snowshoe S’mores excursion, taking you around Trickle Creek Golf Course with a stop for a fire and smore’s before finishing up.

All Seasons Adventure on fleek

The downlow on snowfall

If after reading this whole list, snowfall is what it really comes down to when you you’re your vacation choice – the best is still yet to come for Kimberley!  Historically, we get most snow during our winter seasons between February and April. 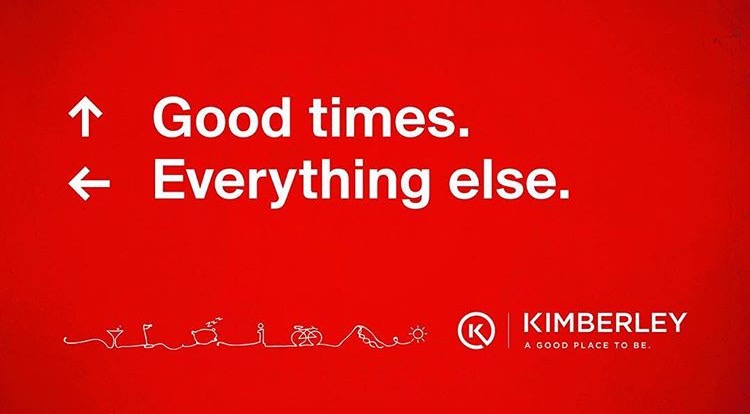 There’s a reason this is the sign you see on the way into town.

PSA – Public Service Announcement
Slaying – Looking fresh or on point
RN – Right Now
all the feels –  A phrase used to describe something that makes you feel good; or having good vibes
Extra – Over the top, dramatic behavior
On Point – fleek (see below)
Lit – When something is turned up or popping
Turnt – Hype for a party
S.O – Significant Other
Bae – A pet name that stands for Before Anyone Else
On fleek – refers to something that’s perfect or on point.
Bruh – Another way of saying “seriously?”
Yaas – An enthusiastic way of saying yes 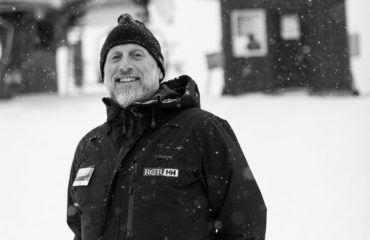 What Matters Most is How Well You Walk Through the Fire 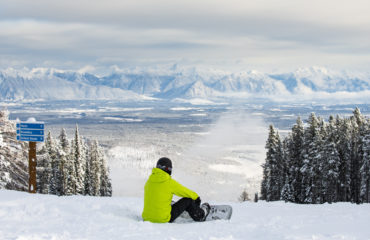