American Values in the land of Canada

American Values in the land of Canada
by Steven Threndyle / Monday, 22 August 2016 / Published in News 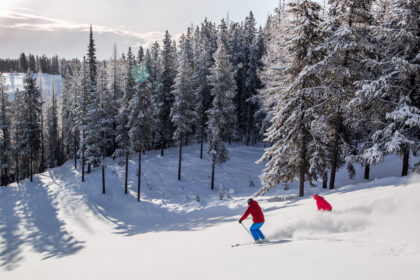 If Americans have a cultural stereotype about Canada, it’s that we’re a land of ice and snow inhabited by “Eskimos” and policed by red-coated Mounties on horseback. (The Mounties drive in police cars and they have the same tools as cops in America… and the Eskimos, well, they are actually called Inuit, and live much closer to the North Pole).

But Canadians certainly do celebrate winter, and of course, skiing and snowboarding. Our resorts – though perhaps not quite as familiar or accessible as Vail or Tahoe — compare favourably in every way. Whistler, of course, is the most widely-known—the resort hosted the 2010 Winter Games alpine skiing events—and it’s continuously ranked highly amongst the (mostly) American readers in SKI Magazine’s annual resort poll. And Banff/Lake Louise are on the radar map—though most Americans (like Canadians) visit there in the summer months.

Resorts of the Canadian Rockies believes that the best discoveries in skiing are the unexpected ones—and, like siblings, their three resorts—namely, Fernie Alpine Resort, Kimberley Alpine Resort, and Kicking Horse Mountain Resort—offer a rootsy, authentic Canadian ambiance that makes each of them worth visiting—even on one trip.

Perched above a historic mining town that still relies on nearby natural resources, FERNIE ALPINE RESORT is all about powder and adventure. Poking skyward like a giant baseball mitt, the rugged Lizard range hauls in over 35 feet of legendary Rocky Mountain fluff annually and attracts freeriders from all over the world. If you’re lucky, you’ll be in town during the raucous Griz Days celebration that celebrates the mythic mountain man who makes it snow. Independent “non-chain” stores and restaurants  thrive in the red-brick building main street of historic Fernie, once named the “Coolest Town in North America” by Rolling Stone magazine. Indeed, many Americans who visit here comment on how much it’s “like Telluride or Aspen used to be.” 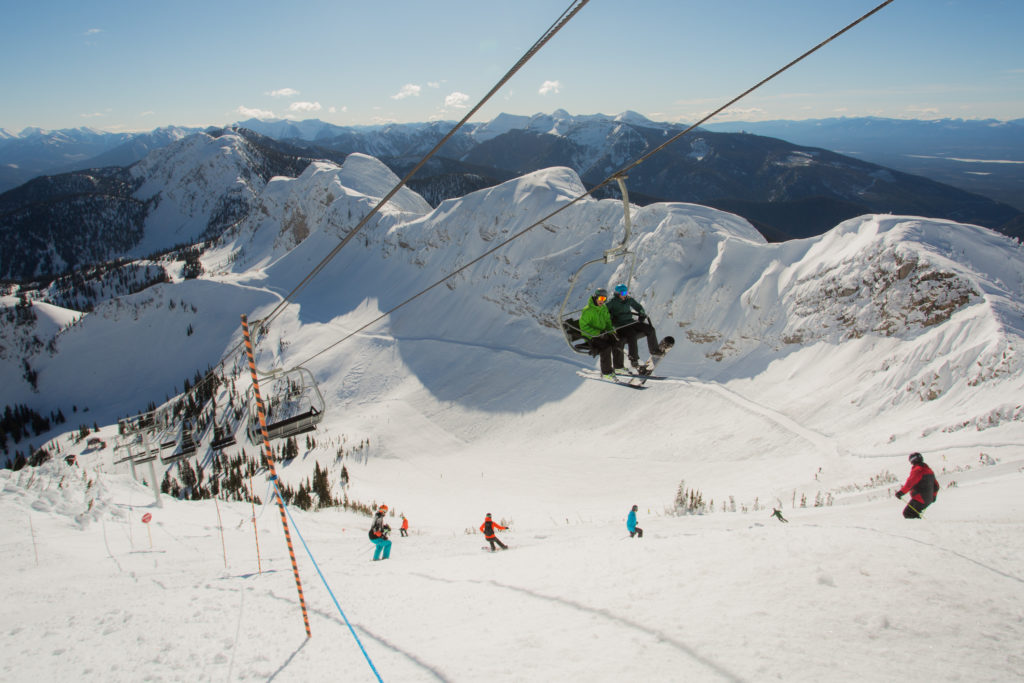 KICKING HORSE MOUNTAIN RESORT west of Golden is a true “big mountain” experience, with 1,260 metres (4,133 feet) of vertical—fourth-highest in North America. Compared by those in the know to American resorts like Jackson Hole and Squaw Valley, Kicking Horse boasts 121 runs, four alpine bowls and 85 inbound chutes spread across 2,800+ acres of skiable terrain. No stay at Kicking Horse is complete without a visit to Canada’s most elevated restaurant: Eagle’s Eye Restaurant, a mountain-top, fine-dining experience. Four mountain ranges come together to create a mountain panorama that’s second to none. 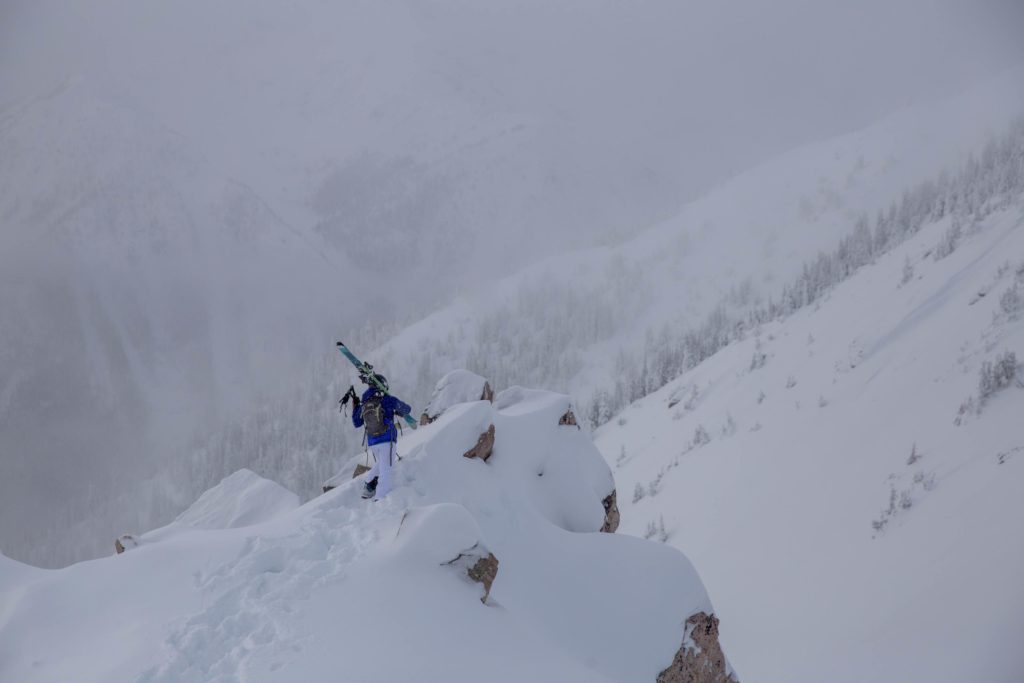 Nestled in the majestic Purcell Mountains in BC’s southeastern corner, KIMBERLEY ALPINE RESORT receives more hours of sunshine than any other resort in the province. Its 80 runs range from open glades to gentle cruisers to thigh-burning bump runs. Dive into the Easter Bowl on the mountain’s backside or enjoy Kimberley’s front side cruising.  Kimberley even offers Canada’s longest night skiing/riding terrain. Stay slope-side and ski from your door in the morning or enjoy the charming Bavarian-themed town just down the hill. Kimberley compares favourably to the family friendly vibe found at Snowmass, Keystone, or The Canyons—with a superb ski school and perhaps the most high-value vacation packages in North America. 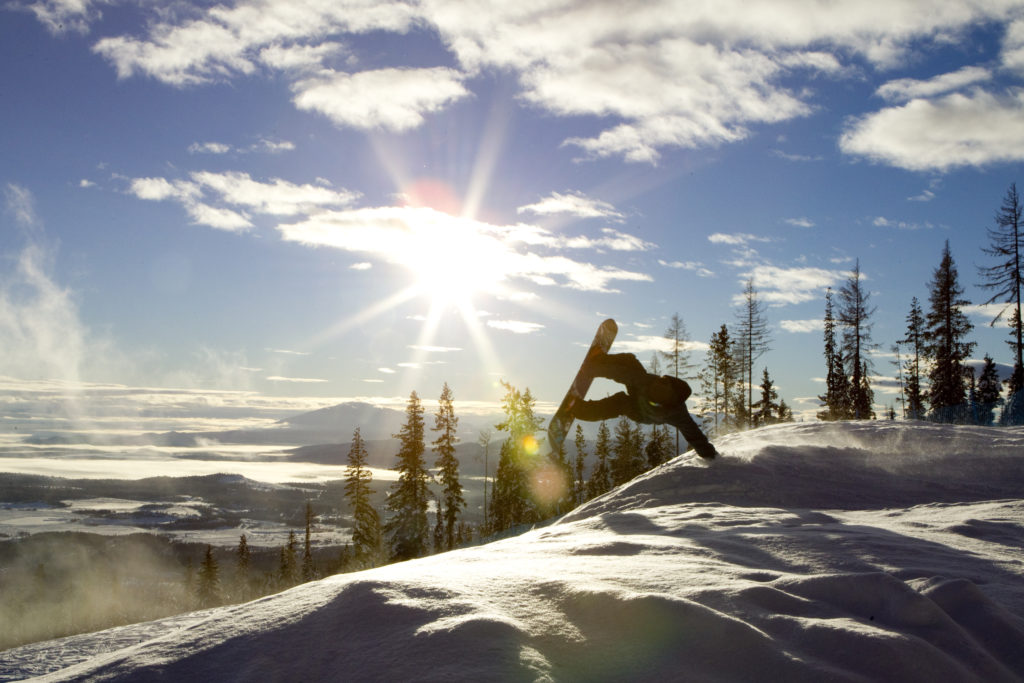 Thanks to Canada’s devalued currency, Americans considering a ski vacation north of the 49th parallel receive a thirty percent discount, before they even start shopping for the best deals of lifts, accommodation, and lessons.  “Our close proximity to the United States means that Fernie and Kimberley have always had visits from keen skiers in border states—folks who live in Whitefish, Kalispell, Sandpoint, and Spokane,” says “Powder Matt” Mosteller, spokesperson for the Resorts of the Canadian Rockies.  Holidays at Thanksgiving, Christmas, New Year’s, Martin Luther King Day, President’s Week and even Easter attract skiers and riders from a wider net, including Seattle, the Bay Area, Los Angeles and even major Midwestern and eastern cities.

And there are a few other differences.  Take money, for example. Canadians use the same dollars and cents system that Americans have, but your wallet won’t be budging with one-dollar bills if you ask for change for a five. Canadians have “loonie” and “toonie” one-dollar and two dollar coins. Different denominations of dollars ($5, $10, $20, $50 and $100) are in different colours (and some words, such as ‘colour’ have an extra ‘u’ in them – don’t ask.) Gas (and all liquids) are priced in liters – $1.20 per liter equals about $4.00 per gallon of gasoline.

Snow depth is measured in centimetres (doesn’t  “thirty centimetres” sound deeper than “eleven inches”?). And the outside temperature is in degrees Celsius. Don’t freak out if the temperature is minus 5, that’s only 23 degrees Farenheit, perfect skiing temperature.

Oddly, some things are the same. If you ask the bartender for a pint of beer, he’ll pour you a 12 ounce glass. And if you need anything else, just ask! To dispel another myth—not all of us speak French, (and we actually say ‘a-bout’, not ‘a-boot).’ 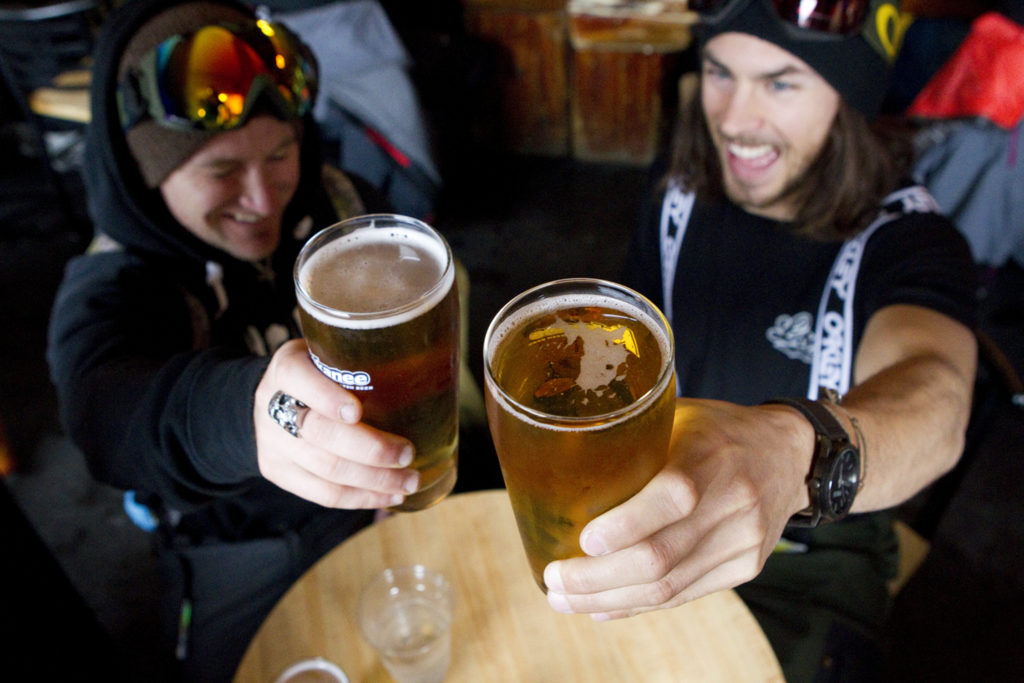 Welcome to Canada, partner. Your powder is waiting. 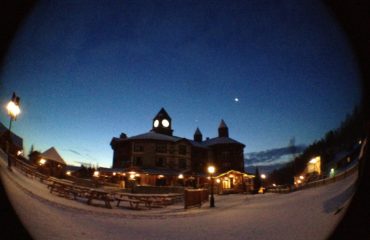 We will meet again 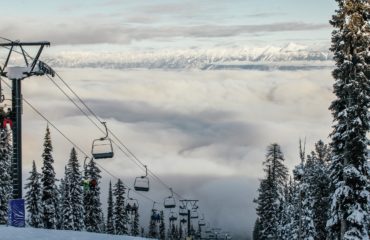